Everything you can imagine is real

On our first day on Kauai, we woke up with the roosters and got our butts to the trail head that would later show us our way to one of the most magical, secluded beaches in the world.

The hike in was 11 miles up and down cliffs along the Na Pali coast. For every degree of danger and rigor, a matching degree of beauty and surreality.

If there is a place where Heaven meets Earth, then (for me) it is at this trail’s end.

The sky was overcast that day and the fog wove its way through the green and black cliffs that made up the backdrop. The shore stretched for a mile and the waves crashed in.

The hubby charged ahead of me through the sand tossing his bags off his back and heading for the water. I’ve never been so exhausted in my life. But I caught up and popped my boots off, and made my way to the water too. I’m not sure if it was the toll of the hike or if this beach is covered in tempurpedic sand but either way… that stuff was somethin’ else.

The hike took us a little over eight hours, so by the time we reached the beach we were burnin’ daylight. We headed a little further up the shore to pick a spot to set up camp and started to hang our hammocks.

Looking back, I feel like I need to see it all again because it seems possible I may have been dreaming through the first time.

Guys, there were cats. Cats on the beach. Like, what? That’s a thing??? Not for everyone, I get it. But yours truly is a little bit of a cat queen so when I describe this beach as a dream…it was better…because it was real.

But it gets even better still! You camp in the jungle, at the base of gigantic old-as-time mountains along the shore of a beach. Jungle, mountains, beach….all in one spot…this is like something you make up when you’re writing a fairy tale.

But wait, because that’s not everything either. Just when this place started to sound fake, I guess God decided to just throw a waterfall in there too. Hey, why not?

So we spent the night showering in the waterfall and laying in the sand with our little aloha kitty, watching the cliffs fade into the dark.

A lot of people think I was a little nuts to have done this hike, and in the moment so did I. But this hike took me right where I needed to be. This place was so surreal that, for once, it wasn’t even my instinct to photograph it from head to toe. Of course I snapped a few but I spent the majority of our time in this dream just soaking it in.

When it finally got dark we made our way to our hammocks. I was restless from the hike in and as I lay there trying to fall asleep something giant launched itself from the ground into my hammock. It was so dark this was a little terrifying. I slowly reached for my phone so I could use the flashlight. I wasn’t really sure what other kind of wildlife might be living in this jungle but I was sure that there were several other wild cats and I was praying that this thing in my hammock was ‘ours.’

And then, sure enough, it was. And he curled up on my chest and purred all through the night.

So when I tell you guys that ‘everything you can imagine is real,’ I mean seriously! I never thought I’d find a beach with cats and waterfalls, but after 11 miles of trekking through the cliffs of the Na Pali coast, I was in awe of its actual existence.

It is real. It’s real and I’ve been there. 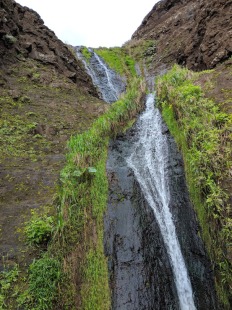 **If you’re not a cat person, fine. Most people don’t go for the cats… 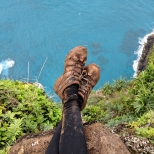 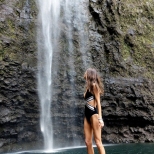 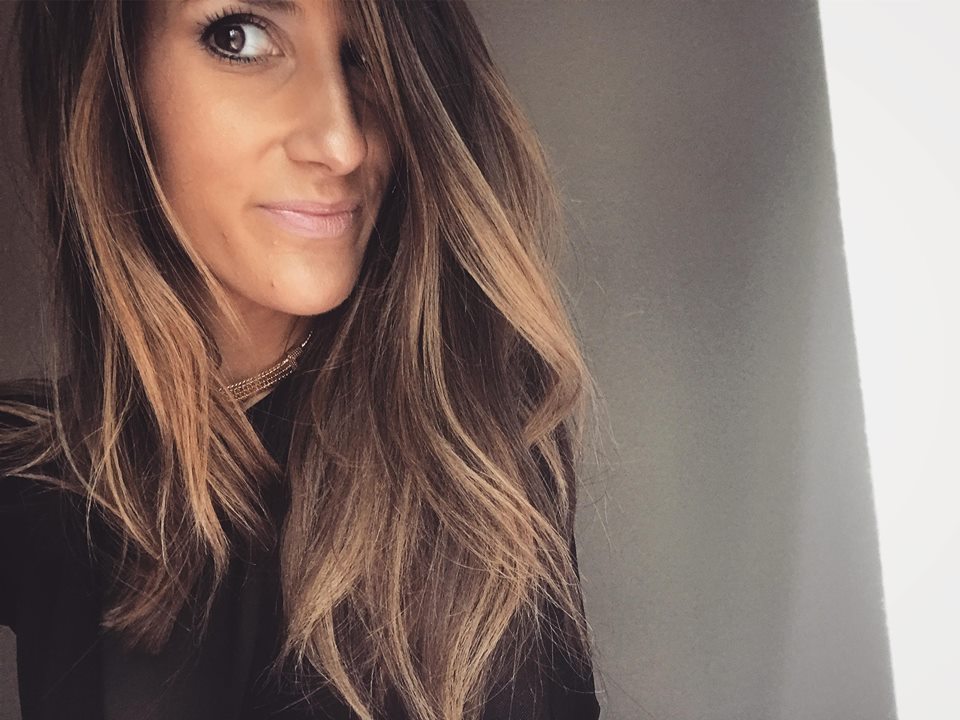 I’m passionate about where i’ve been and where I’m going…& I’ve created this online space as a way to share some of my favorites in life & tips and inspiration from my experiences and adventures!

Glad to have ya, let’s get connected! (: